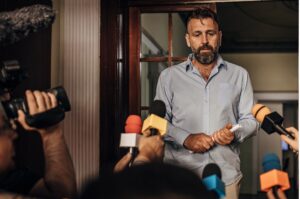 Prince passed away without a will or “intestate.” This means his substantial net worth entered probate and the state’s intestacy laws determined who inherited his assets (in his case, his siblings). It’s unlikely Prince wanted to leave his assets to his siblings, but under Minnesota law, they are the heirs. This took six years in the court system and two of his siblings died during the process. He also could have avoided millions in taxes with the appropriate preparation.

Lesson 2 – Michael Jackson – If you have a trust, fund it

Michael did have an estate plan and a revocable trust set up during his lifetime, but he never funded it, meaning he never retitled his assets into his trust so his assets remained in his name and entered probate. This defeats the purpose of having a trust and doing the estate plan.

When Heath passed away in 2008, he left a will created in 2003 — which didn’t include his daughter or partner. His estate was left to his parents and sibling, who luckily disclaimed their interests so his daughter could inherit via intestacy law. Make sure when you have a life change like a birth, death, marriage or divorce, you update your estate plan to make sure your wishes are followed.

Robin had done extensive estate planning including a prenuptial agreement and various trusts set up for the benefit of his third wife and children. He also specified that his tangible personal property (TPP) would be left to his children. His wife disputed this in court, challenging what could be reasonably included in the definition of TPP. Because there was no specificity in the estate plan, this was taken to probate court.

Despite having had three children together, Phillip and his long-time partner never married before he passed away in 2014. While he did leave a will, it was created in 2004 and only included a trust for one of his children. The overwhelming majority of his $35 million estate was left directly to his partner and subject to the estate tax. She ended up paying millions of dollars in taxes that could have been avoided.

James passed away unexpectedly while vacationing at his property in Italy. He had left instructions for that property to be given to his two children, but Italian inheritance laws dictate such disposition. Children are automatically given half and his wife a quarter, meaning he only had the right to give away the last quarter — something his lawyers should have known.

Whitney’s will provided for her daughter to receive 10% of her estate upon reaching age 18 and the balance upon reaching age 21. Given her net worth, that amounted to millions of dollars falling into the hands of a teenager. Unfortunately, Bobbi Kristina only received the first payout, as she passed away in 2015. Receiving outright distributions at 18 or 21 is not advised given the maturity level of most individuals at that age. Consider, instead, providing for staggered distributions at 25, 30 and 35, for example. This provides some control and protection over the assets as the beneficiaries mature.

Casey was diagnosed with Lewy Body Dementia in 2007 and died in 2014. He had 3 children from a previous relationship and one child with his second wife, to whom he was married at the time of his death. There was a bitter relationship between the children from his first marriage and his second wife. These strained family relationships led to fighting towards the end of his life and following his death. His family fought over dueling healthcare powers of attorney and his end-of-life wishes. Every individual over the age of 18 should have a power of attorney in place. Absent these documents, a guardianship proceeding will be necessary.

Fourteen months into their May-December marriage, J. Howard Marshall, an oil tycoon, passed away. Anna Nicole was not named in his will, but she teamed up with his disinherited son and sued. Reaching the Supreme Court of the United States, this case was litigated for over 20 years and most of the interested parties died during the duration. Anytime a spouse or child is disinherited, it increases the likelihood a document will be challenged. Clear language and no contest provisions can help prevent this.

A rock musician who died in 1993, Frank was married and had four children. He created the Zappa Family Trust which holds the rights to his music and his wife, Gail, controlled the trust until her death in 2015. After Gail’s death, Ahmet and Diva became the trustees. During the time Gail was serving as trustee, Dweezil was touring using the name “Zappa Plays Zappa.”

Now, Ahmet and Diva, as Trustees, are preventing Dweezil from using the “Zappa Plays Zappa” name. He’ll instead be forced to tour using “Dweezil Zappa Plays Frank Zappa.” This is likely not what Frank would have wanted. Fiduciaries are a key part of an estate plan. It’s impossible to plan for every eventuality; someone will need to exercise judgment. Choose the wrong person for the job and even the best planning will go astray.

Bonus – Justice Warren Burger – Don’t do it yourself

Former Supreme Court Justice Warren Burger died in 1995 with an estate of around $1.8 million. He left a will, which he drafted, of only 76 words. It was filled with typos, failed to give his executors proper powers to dispose of his estate, and subjected his estate to unnecessary tax. Estate planning documents are very important and shouldn’t be drafted by anyone but estate planning attorneys. Failure to understand the complex legal issues can result in significant taxes and family infighting.

The information contained on this website is intended as an overview on subjects related to the practice of law. Each individual case is different, and laws do change, so please be aware that the circumstances and outcomes described may not apply to all cases and should not be interpreted as legal counsel. Please seek the advice of an attorney before making any decision related to legal issues.

The use of Internet e-mail for confidential or sensitive information is discouraged. Contacting our firm or one of our lawyers by e-mail does not create an attorney-client relationship, and any information you include in your e-mail will not necessarily be treated as privileged or confidential. You should not send sensitive or confidential information through e-mail. The firm may not choose to accept you as a client, due to conflicts of interest, which means we may already represent someone else involved in your legal matter, or otherwise. Moreover, the Internet is not necessarily a secure environment, and it is possible that your e-mail might be intercepted and read by third parties. By clicking "I AGREE" you acknowledge the aforementioned.